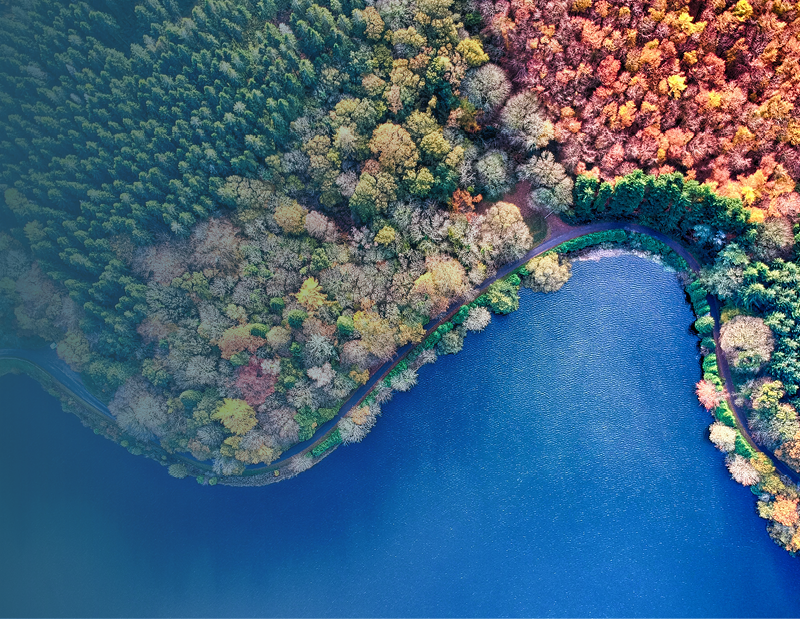 As private equity firms continue to search for an edge inside and outside the general auction environment, the strategic insights and input of experienced industry leaders increasingly have become a competitive differentiator to winning the deal. Notch Partners’ Using Executive Angles and Relationships to Gain the Edge in Private Equity discusses strategies and best practices for PE investors to leverage their executive relationships and drive value.

Efforts to gain an upper hand include: sector and market analysis and focus, early target identification and cultivation, and executive relationship-building. The primary difference in these initiatives versus more reactive behavior in an auction-driven culture, is that this work is preemptive and longer-term in nature.

One critical area where PE firms can differentiate is developing and cultivating industry executive relationships for longer term value. A robust network is enormously impactful for PE firms.

Executives provide industry perspectives, company insights, and sometimes valuable connections to other CEOs and business owners; with guidance, they can originate compelling private equity deal theses based on expertise, vision, and industry contacts.

As private equity firms internalize the strategic importance of executive relationships, the demand for executive attention has increased, much like the ongoing effort to cultivate investment banking relationships. Today, there are several vehicles that enable and promote access to executives, including expert networks, PE-focused search firms, executive networking groups, and consulting firms. In addition, PE firms and executives are accessing each other organically through common industry contacts, investment bankers, or simply by reaching out directly. The plethora of access points has created a proliferation of connections and interactions.

Today’s private equity deal environment presents a number of challenges. Dry powder continues to reach new heights causing buyer frenzy in highly competitive auction processes. Over the past ten years, executive relationships have emerged as a differentiator for PE firms searching for proprietary ideas and angles. Today, expert networks and digital intermediaries such as LinkedIn have in many ways commoditized the identification of and access to individuals. In light of this, the savviest investors are focused on developing longer-term, strategic, and mutually productive relationships.

To manage and retain their growing network of executives, PE firms have tried to “institutionalize” a multi-faceted approach. Subscribing to expert networks or connecting via LinkedIn has become a routine approach. In many ways, LinkedIn has disintermediated those who exist to make connections. Within PE firms, existing management structures have established defined roles for executives (e.g., Operating Partner, Industry Advisor, Senior Advisor, and Executives-in-Residence). Some PE firms have designated business development professionals who manage “deal and executive flow.” With such infrastructure being established, now it is time to focus on defining, tracking, and measuring productivity in those relationships. Whereas access and interaction were the goals a decade ago, today the focus is on creating long-term strategic value with relationships that are mutually beneficial and lead to quantifiable results. PE firms must integrate CEOs into their deal equation, as consultants/advisors, leveraging their sourcing and deal experience throughout the value chain: from deal diligence through portfolio ownership.

Most PE firms have figured out how to leverage executives as subject matter experts for deal diligence. Utilizing expert networks and LinkedIn as well as their own rolodexes, PE investors routinely identify and contact executives who have specific knowledge on targets and industries. With access to millions of names across various databases, obtaining a relevant opinion no longer presents a challenge. It’s no longer a differentiator either. As the market for subject matter expertise has become commoditized, the demand for a more unique angle or truly proprietary insights is becoming more competitive.

A pioneer in the world of PE-Executive relationships, Notch Partners has focused on creating meaningful interactions and productive partnerships for PE firms and industry-leading CEOs since 2002. With over 40,000 C-suite executives in the Notch network and 11,000+ executive introductions made to PE firms, Notch has had a front row seat shaping the PE-executive relationship paradigm.

Notch’s service model is singularly focused on helping PE firms develop a strategic mindset and a long-term approach to executives. Based on thousands of data points and a myriad of anecdotal evidence, Notch has observed the following trends:

The frenzy that has surrounded good companies for sale has now spilled over to the world of executives. In most auctions, however, a sell-side banker is retained to control and maintain professionalism in the deal process. In the absence of formal intermediation and defined rules of engagement, the murky and free form “executive exchange” poses greater risk for confusion and miscommunication.

With a frenetic deal environment as the backdrop to an increasingly competitive market for executive attention, PE firms must now differentiate themselves in order to continue to tap into valuable CEO-level knowledge and expertise. Intelligence gained from discreet, one-hour phone calls – even if from leading experts – is becoming commoditized. In the absence of commitment from any one PE firm, executives have limited motivation to provide meaningful, differentiated insight to a single investor. Rather, many executives have grown tired of providing expertise and what they view as “free consulting”, sometimes with little follow-up and no material gain. The lure of PE networking and the promise of a potential role “down the road” becomes less thrilling after an executive has reviewed materials, provided their insights and analysis, generated target lists, and sometimes even flown to meet management teams – all for minimal or no compensation. When highly interactive dialogues drop with no explanation, the executive may wonder if, or how, they fell short – until they are called weeks or months later to opine on the next deal. Perhaps the worst consequence of this dynamic: executive circles are growing disillusioned about private equity, whether based on their own or their peers’ experiences. Some of the most accomplished and seasoned CEOs have given up on private equity entirely.

How can a PE firm differentiate itself among CEOs, and turn their executive relationships into a competitive advantage?

Treat an executive with the same level of professionalism and respect shown to the CEO of a target. Whether it’s a general networking meeting or a diligence call, inquiring as to the executive’s current status and their interests creates rapport and suggests longer-term engagement. Typically, semi-retired executives are not seeking employment and therefore have no self-serving agenda for the conversation. While most PE firms are very good at introducing themselves and their investment approach and objectives, not all demonstrate interest in the executive’s interests. After initial pleasantries, PE-executive conversations typically progress quickly to discussion about industries, companies, and potential deals. If the executive has proprietary insights or contacts, PE investors want to be front and center on the executive’s radar screen for future contact. If this is the case, PE firms should invest the time and energy to engage in the conversation and follow-up. After the meeting, email a thank-you; take the executive to lunch when paths cross and schedules align; share ideas. Keep the conversation going, so when a proprietary deal idea or a relevant auction process comes up, the discussion will seem like a natural extension of ongoing dialogue rather than an out-of-the-blue outreach after an extended period of time.

One-off diligence calls are, by definition, short-term sound bytes. While subject matter expertise may serve as the initial impetus for outreach, consider long- term potential value when engaging for the first time. Rather than focus on a narrow set of specific questions, expand the discussion and explore potential opportunities to engage more broadly or just to stay in touch. The most productive and rewarding PE-executive relationships exist over many years and multiple funds with the executive adding value in several ways, whether as a diligence consultant, interim/permanent CEO, board member, industry networker, or deal sourcer. The savviest PE firms leverage their robust network of relationships to get ahead of auctions, oftentimes hearing about processes before they are formally launched.

Executives want to be engaged beyond one-off calls and the right long-term relationship is an invaluable asset for both sides. Network with purpose:

More is not always better, and when it comes to executive interactions, aim for quality (productivity) over quantity (more meetings). The proliferation of intermediaries has produced a large number of networking meetings, many with no tangible objectives or expected outcomes beyond making the acquaintance. It is not uncommon for retiring corporate CEOs to meet dozens of PE firms through investment banking contacts and friends. Sometimes, after attending a series of meetings, they may forget who they met, as the differences are not obvious to them. On the flipside, PE firms schedule meetings on an opportunistic basis as well. With no clear purpose in mind and no real follow-up, sometimes these interactions become forgotten blips rather than meaningful connections.

Productive relationships are, by nature, two-way. They must be reciprocal in order to be sustainable.

Whereas a PE firm may reach out initially with an urgent need for insight, they may forget to offer anything in return, if not immediately, then over time. This does not always have to be a fee or commercial arrangement, though after multiple interactions, without some form of payment or anticipated compensation, many executives become frustrated with what appears to be a one-sided relationship. While the reaction may seem obvious, this dynamic has evolved over time from many PE firms’ belief that the networking opportunity offsets the executive’s efforts. With easier and more prolific access today, this is no longer the case.

When a PE firm has a meeting with a 30+ year industry veteran, it is most appropriate to bring an equivalently experienced PE investor – ideally one with relevant sector expertise – to the table. First impressions happen only once, and sometimes PE firms get only one opportunity to make an impact. Best to lead with a senior member of the investment team who has relevant sector knowledge and comparable level of experience.

The fact that executive relationships are strategic is not new news. The competitive dynamic to attract and retain executive attention is growing at a rapid pace. The dynamic stop-go nature of PE deals and the economic model for PE firms provide a challenging context for sustaining long-term relationships with executives. PE firms need to define a strategic framework for managing their executive relationships. Without an intentional approach to executive networking and cultivation, PE firms and executives run the risk of getting lost in the shuffle or worse, damaging reputations or relationships on either side.